Skeleton watches are a peculiarity in the world of fine timepieces. They were created in the 18th century, but their transformation into cult objects in the luxury segment only gained momentum in the 1970s. The interior mechanics has always fascinated watch lovers so let us take you on a journey through the history of skeletonised watches.

The concept of the skeleton watch goes back to the technical foundations of the movement. Before French watchmaker Jean-Antoine Lépine came up with the radical idea of making pocket watches thinner in the 1760s, the basic model known today, consisting of plates and bridges, did not yet exist. A short time later, Lépine's former master, André-Charles Caron, noticed that by unveiling the mechanism, he was able to considerably increase the buying interest of his customers.

The skeletonisation of the watch revealed its beauty and the complexity of the movement. The interaction of the gears, springs and levers became a fascinating visual delight. Watchmakers supplemented the inner mechanism with outer beauty in the form of engravings, ornaments and polishes. Each technique required the use of special tools and skills that have now become a centuries-old tradition. 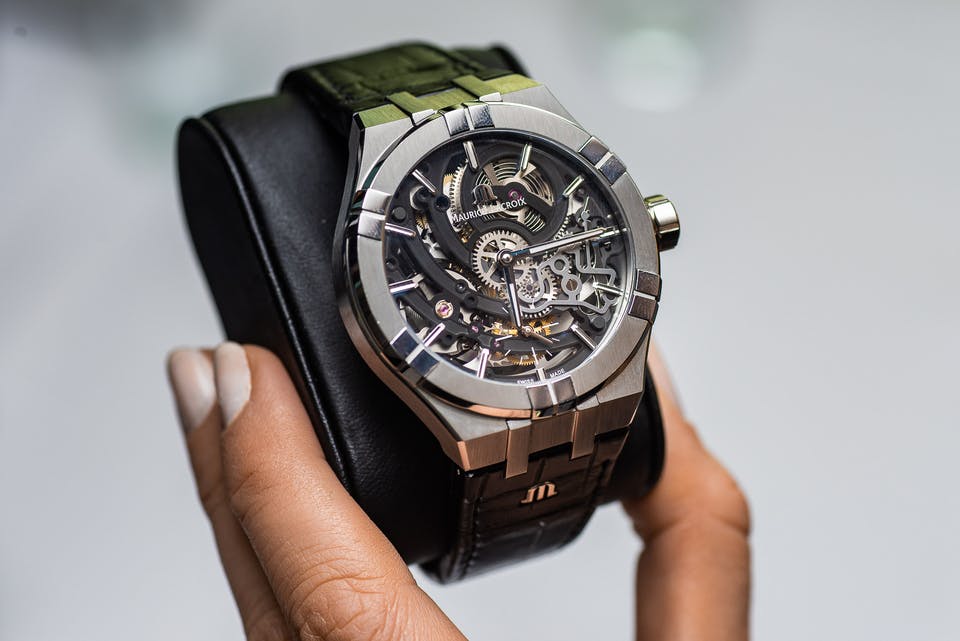 Even though skeleton watches were invented as early as the 18th century, the style did not really catch on until over 200 years later. Early traces of modern skeletonised timepieces can be found from the 1960s onwards. The archives of Vacheron Constantin, for example, speak of an open, extremely slender watch from 1964 and a serialised production of Calibre 1003 in 1970, but the idea only began to bear fruit in the wake of the quartz crisis.

When the easy-to-manufacture and highly accurate quartz watches appeared on the market, watchmakers from the luxury segment defended their position with style and craftsmanship. The skeletonised watch, whose dial reveals all its complicated internal functions, became a visible proof of a timepiece’s authenticity. Shortly after the quartz crisis, manufacturers such as Patek Philippe, Vacheron Constantin and Jaeger-LeCoultre began to invest in skeleton watches again. Audemars Piguet even created an entire department dedicated to the manufacture of these watches.

For about 20 years, skeleton watches experienced a heyday. The combination of craftsmanship and the almost baroque appearance of the exposed mechanism helped the creations to re-establish themselves as luxury products. The masters of watchmaking combined skeletonisation with other decorative skills such as enamelling, engraving, setting gemstones and finishing. However, skilled workers who mastered this craft were in short supply and in great demand. 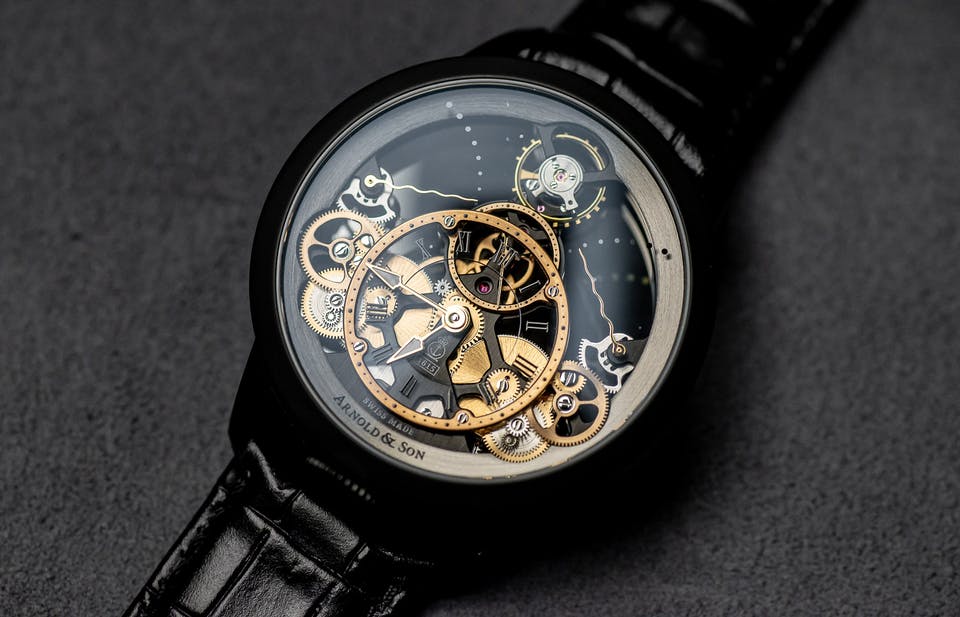 By hand: The motif is first traced with a pointed scribing needle and then engraved with a Burin (special chisel). Some components are decorated with different motifs and parts of the movement are removed, creating a grid-like appearance.

With a machine: Different types are used. The most accurate engraving can be achieved by chemical etching: A negative of the design is coated with a UV-sensitive lacquer. It is then irradiated with UV rays and dipped in an acid reagent that only attacks the areas unprotected by the UV varnish. Other methods such as mechanical engraving are often used for letters and numbers on movements. Laser engraving is also used.

Guilloche: An intricate engraved pattern applied to the dials of watches, typically consisting of interwoven lines.

Cotes de Geneve (Geneva stripes): A type of finishing originally done by hand, but today often by machine. Applied to the movement, it has the appearance of stripes.

Perlage, also known as pearl: A more economical form of decoration than cotes de geneve, consisting of overlapping circles. It also serves the practical purpose of trapping dust particles and preventing them from entering the movement. 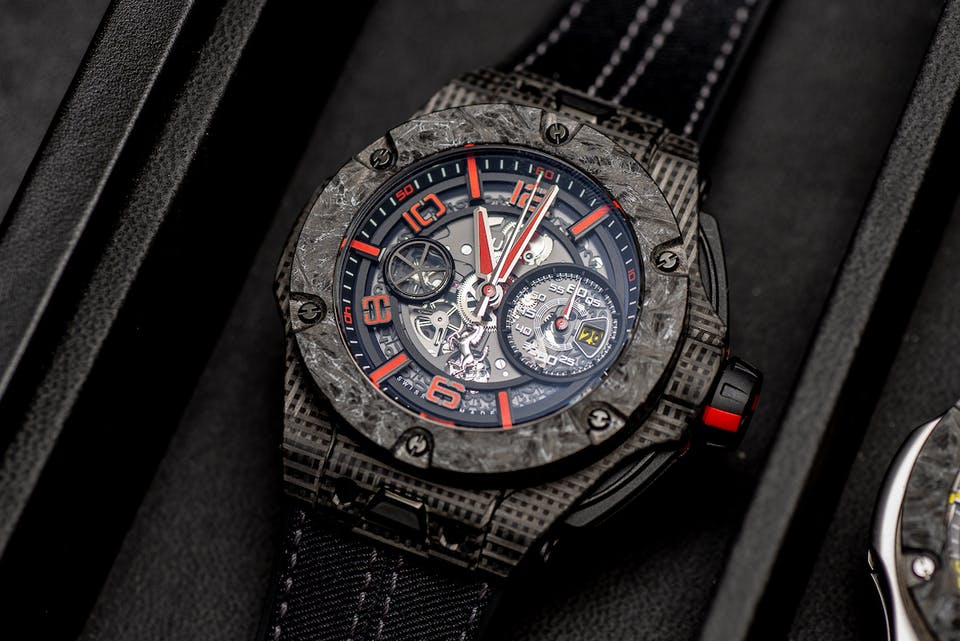 Around the turn of the millennium, Richard Mille established his brand of the same name with the support of APRP, the complication manufacture of Audemars Piguet. The watches were the first since Lépines to dispense almost entirely with base bodies and circuit boards. They established the idea of creating a movement that was skeletonised by default – the greatest innovation in watch design for decades.

The school of skeleton enthusiasts began to grow. Among the most committed practitioners are independent avant-garde watch brands such as Armin Strom, Manufacture Royale, Angelus and Roger Dubuis. But also more traditional manufacturers such as Ulysse Nardin, Hublot, Chronoswiss and Cartier now have skeletonised models on the market. Hublot presented its first open movement in 2009, TAG Heuer and Zenith followed suit with the Carrera 01 and El Primero respectively.

We at CHRONEXT did not miss the chance to develop our own skeleton watch either. On  our 5th company anniversary in 2018, a limited special edition was released in cooperation with Linde Werdelin. Engraved on the case: "CHRONEXT limited edition 5th anniversary hand made x of 23″. 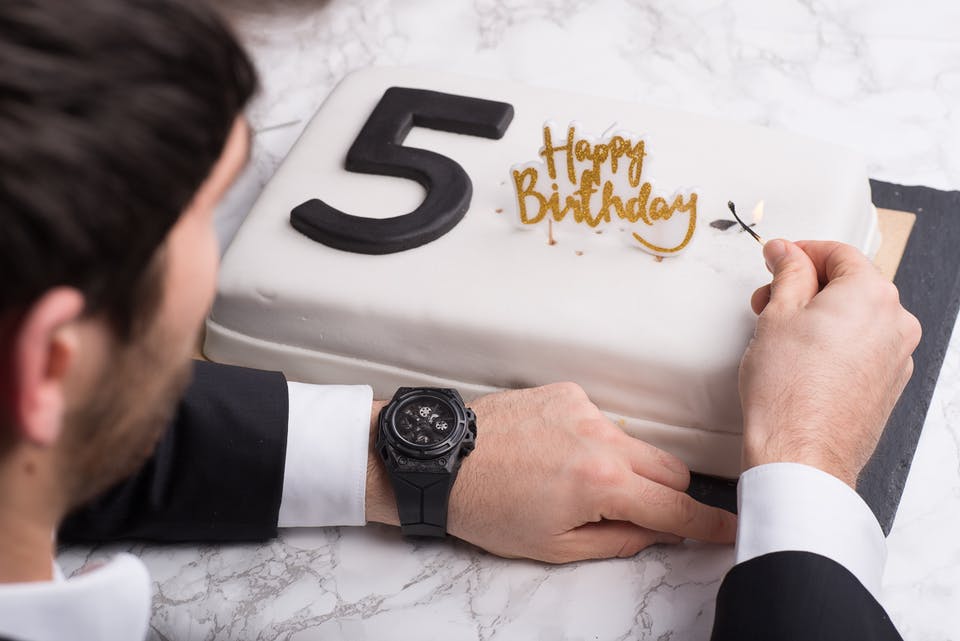 Minimalism vs. Traditionalism: A Divided Market

The appearance of the more traditional manufacturers on the skeleton market resulted in the emergence of a less extreme design language. Manufacturers began to replace the elaborate engravings with black and grey anodised bridges to create an interplay of grained and matte structures. Impressive examples of this purist style are the skeletonised Royal Oak by Audemars Piguet and the Girard-Perregaux Laureato. Today, there are few brands that live up to the traditional ideal of a hand-engraved skeletonised watch: Hardly anyone manufactures the open-worked timepieces without automated machines.

In keeping with its role as a technological pioneer, Vacheron Constantin offers one of the largest collections of skeletonised watches on the market. Each new movement is tested in terms of its skeletonisation capacity. The manufacturer has sufficient manpower to carry out all engraving and finishing in-house: Machines set the processes in motion and then hand the work over to the craftsmen.

The market for skeleton watches is divided. While manufacturers such as Hublot and Girard-Perregaux are committed to the new minimalism, Vacheron Constantin, Patek Philippe and Glashütte Original underline their devotion to the traditional look and the best in craftsmanship. There is always room for tradition in the art of watchmaking. At the same time, the industry is constantly moving towards the future - and more and more often, a skeletonised watch is part of it.